Deep Ellum has set up new light pole banners designed by local tattoo artists. Here they are all if you are too lazy to go see them.

If you’ve taken a (sober… or sober) stroll around Deep Ellum in recent weeks, you might have noticed a few additions to the neighborhood’s sea of ​​art.

The Deep Ellum Foundation has teamed up with neighborhood tattoo artists to create ten new streetlight banners, each with their own unique design inspired by and honoring the soul of Dallas’ entertainment district. It’s a tradition to showcase the work of different local artists each season in this way, but this is the second time the organization has showcased the art of tattoo artists – the first was in 2017.

There are nine new designs and one by Norman Dean Williams, the co-owner of Elm Street Tattoo, who died of a heart attack last summer. Her work of a black-haired cowgirl with bright blue eyeshadow alongside a white horse hangs proudly from several lampposts in the streets of Deep Ellum, including just outside the iconic boutique that he helped found.

It’s really cold there these days, so we’ll save you the trip if you want to stay for now. Here are the banners you can find along Main and Elm streets, alongside their respective artists.

The piece is made by the end williams of Elm Street tattoo. 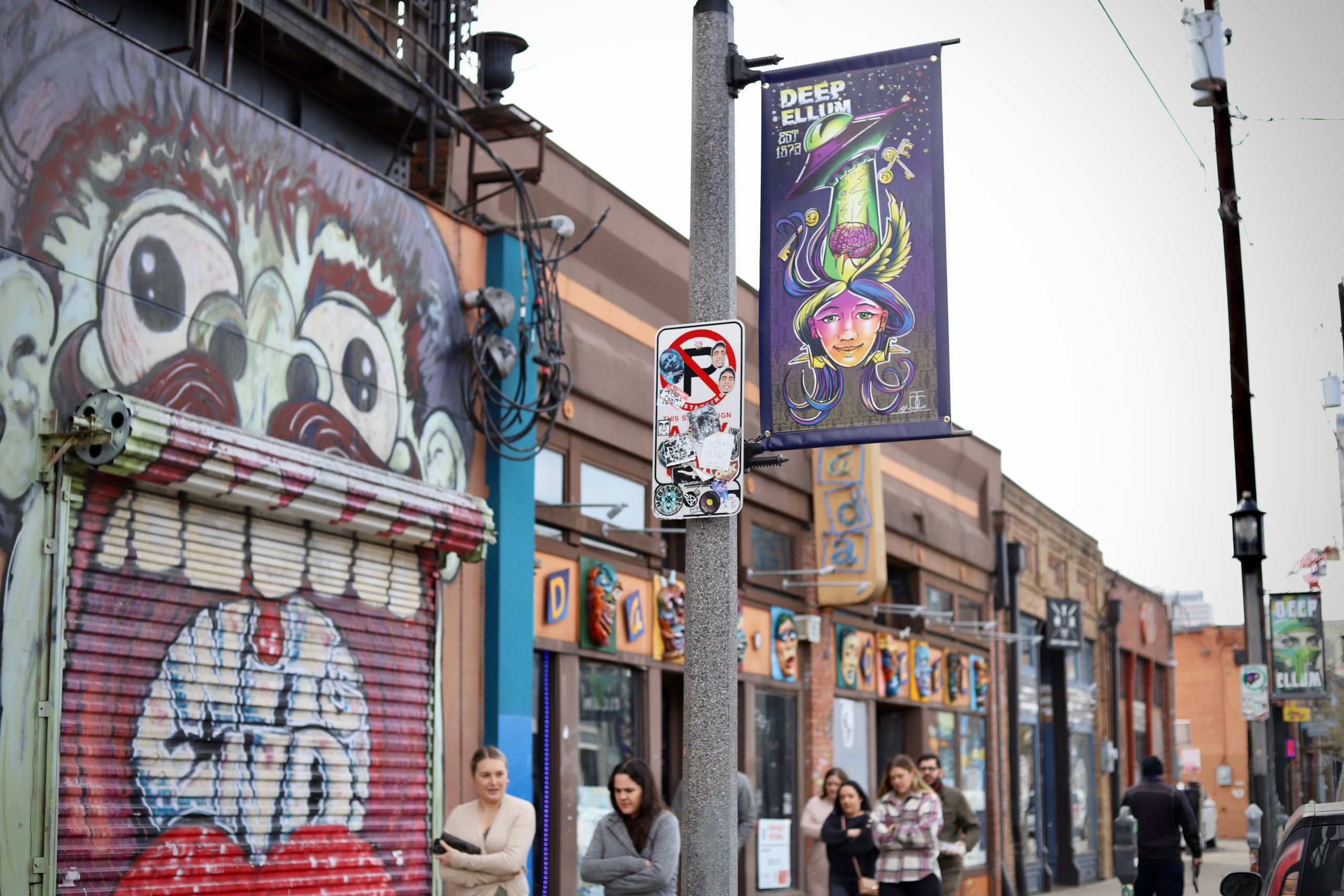 Mike Duncan – Dallas Tattoo and Art Company
This three-year-old tattoo artist started out as a pastor and then a teacher. Duncan has a thing for fantasy, which shines through in this piece. He tells us that it doesn’t have much meaning, he just wanted to combine images he likes. “Austin is cool and all,” he says, “but I think Dallas is much better at keeping it weird.” 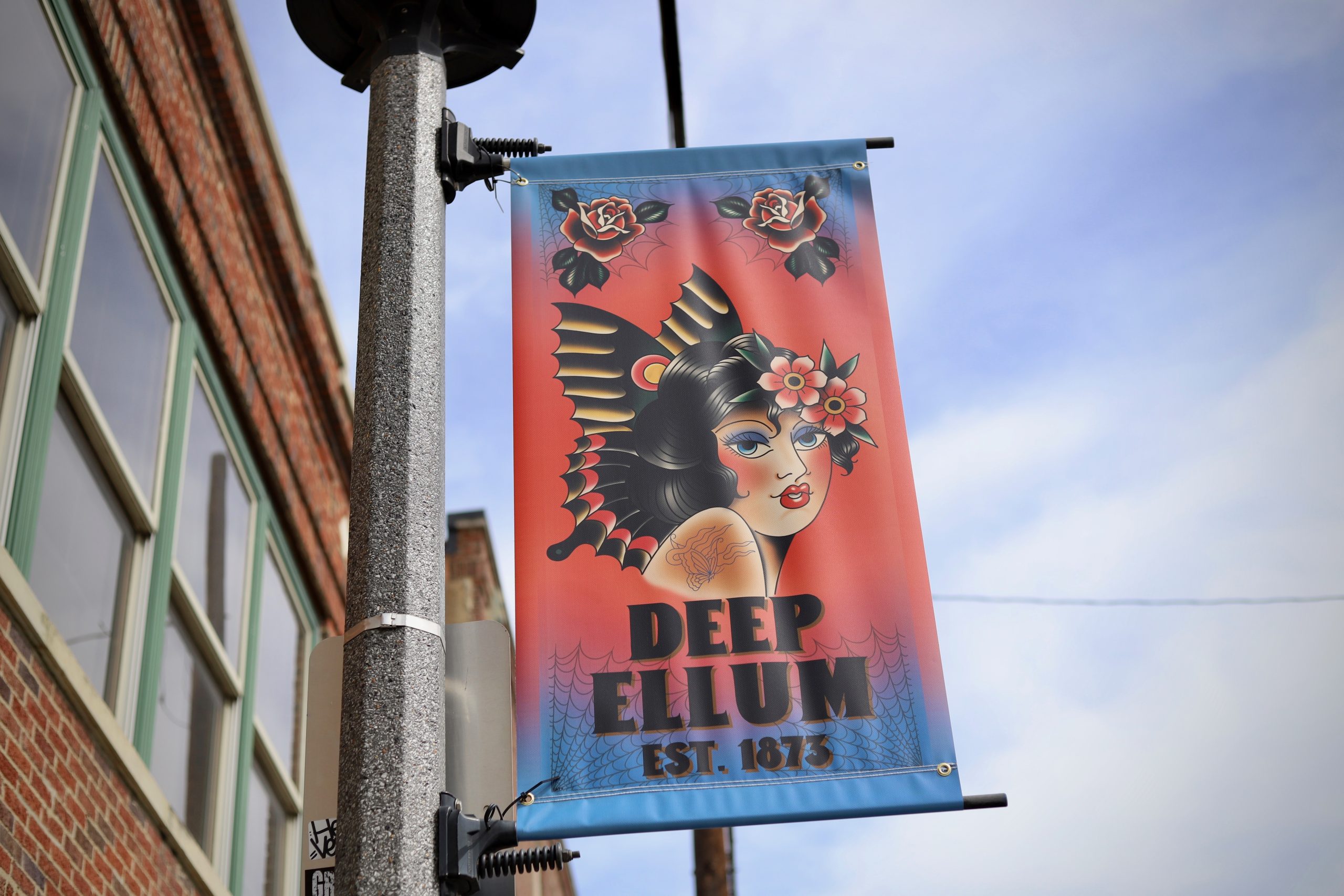 Kat Freedman — Taboo Tattoo
Beginning a career in calligraphy, Freedman turned to tattooing after exploring sign painting and murals. She landed a feature in the Norman Collins Art Exhibit at the Harley Davidson Museum in Wisconsin, which made her fall in love with traditional American tattoo styles, which she specializes in. 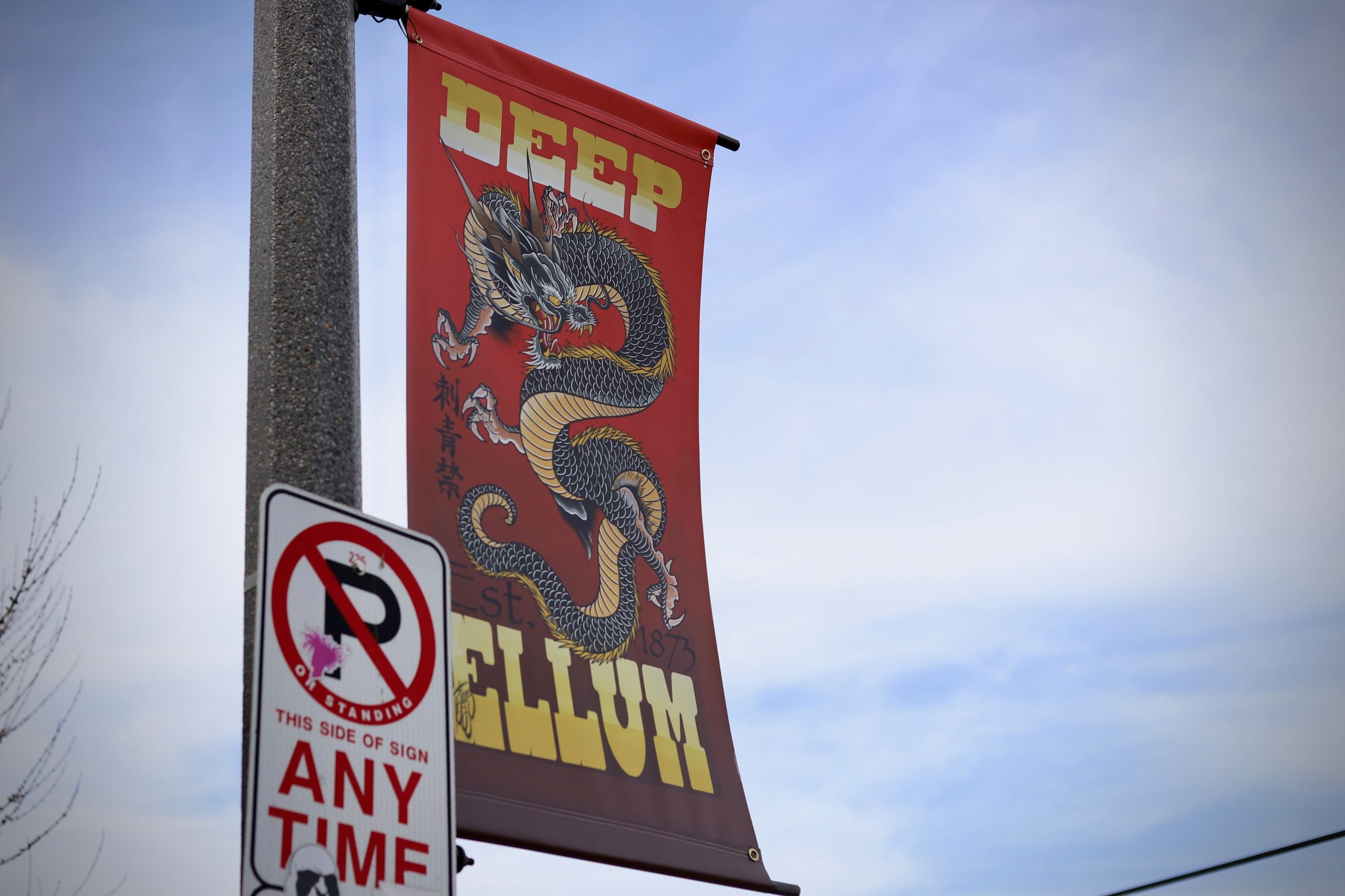 Cody Biggs — Taboo Tattoo
Biggs was one of the artists featured in the banner series in 2017, having done a tiger design. Son of Taboo Tattoo founder Sharon and Jimmy Flatte, he has been mentored by top artists since he was a child and began his career at 17. 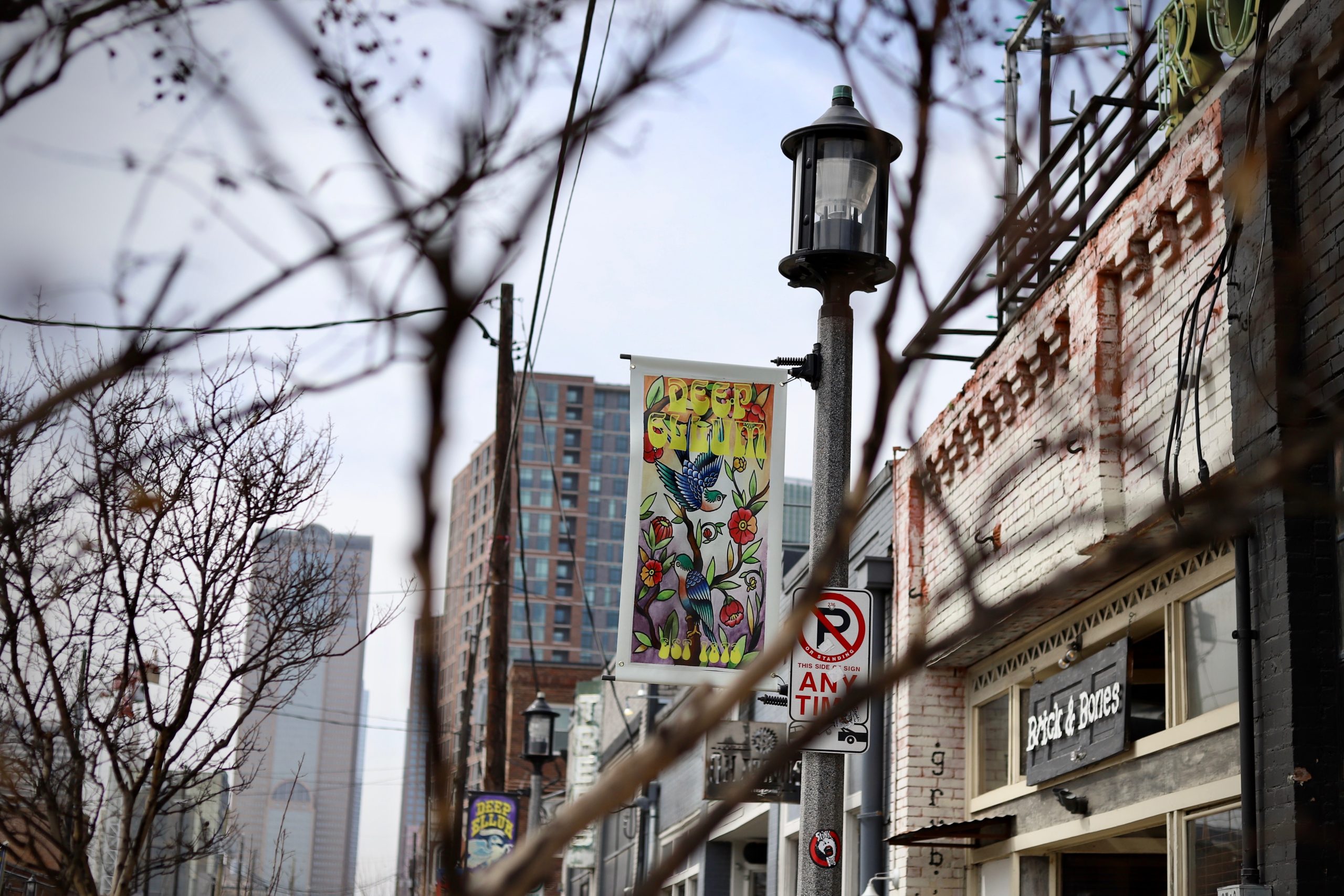 Chelsi Morrow — Taboo Tattoo
Morrow spent seven of her nine years as a tattoo artist at Taboo, Dallas’ oldest tattoo shop. Taking a look at her Instagram page, you’ll find that her whimsical and colorful pieces emphasize flowers and animals – accurately reflected here in her banner. 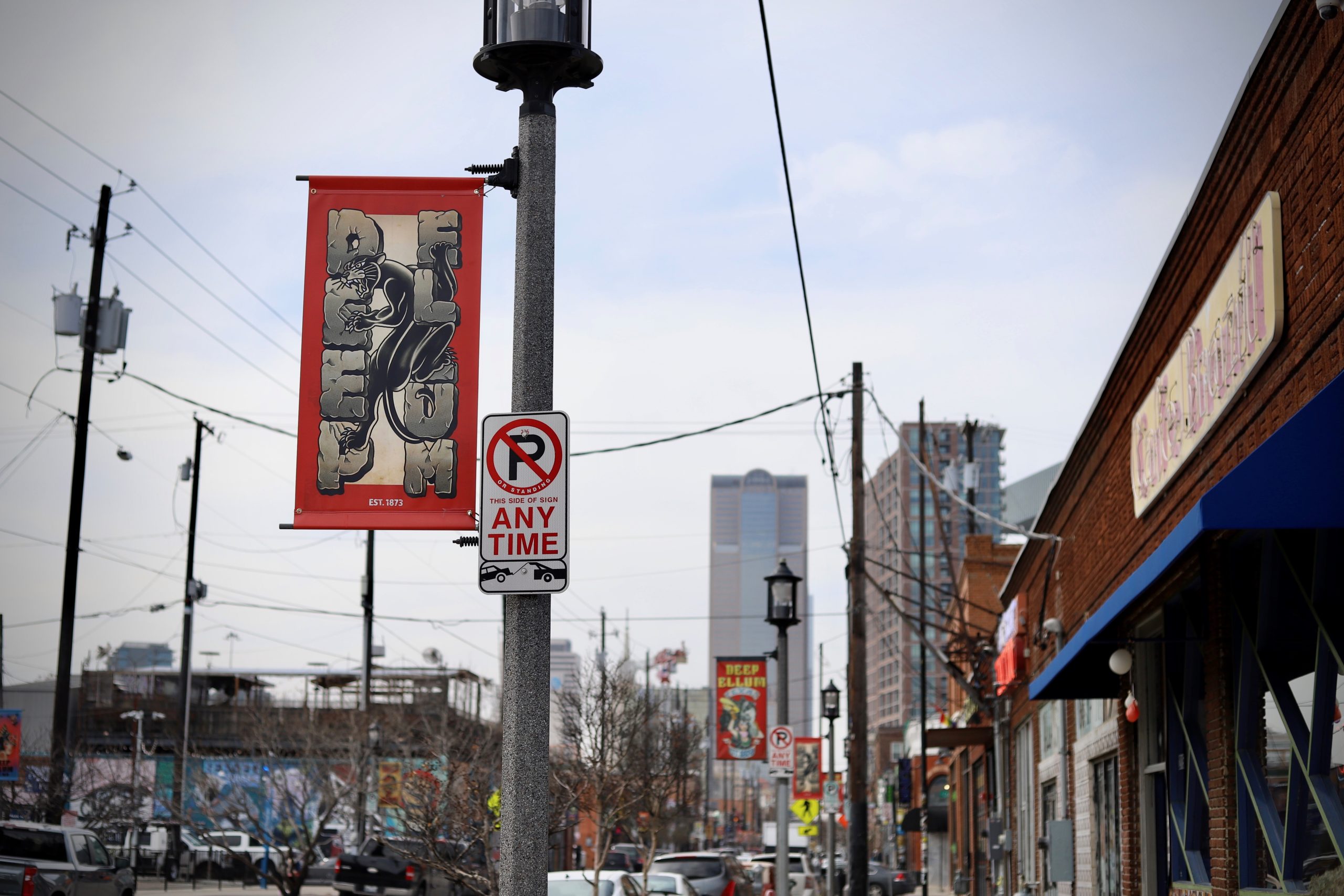 David Nash — Elm Street Tattoo
Specializing in tattooing (obviously), Nash also has experience in painting, sculpting, graphic design, prop making, and metal and woodworking. Elm Street Tattoo has been around for over 20 years and started the Friday the 13th tradition. 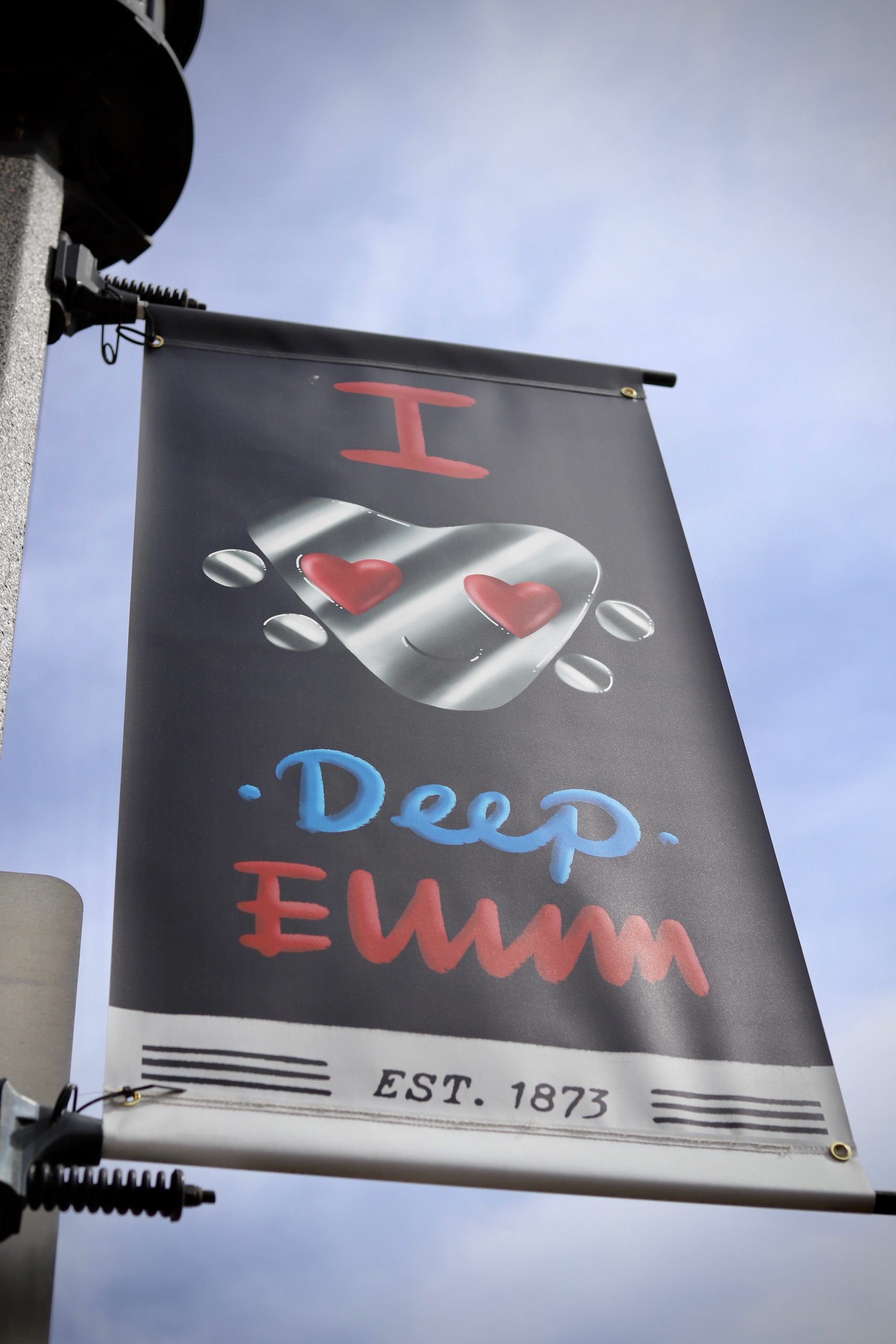 Ham Rasul — Artistic Encounter
Born in Kabul, Afghanistan, Rasul is a lifelong artist and has been at the studio for about a year and a half. His design features the walking man from Deep Ellum that we all know and love. Rasul offers lettering, traditional and black and gray tattoos. 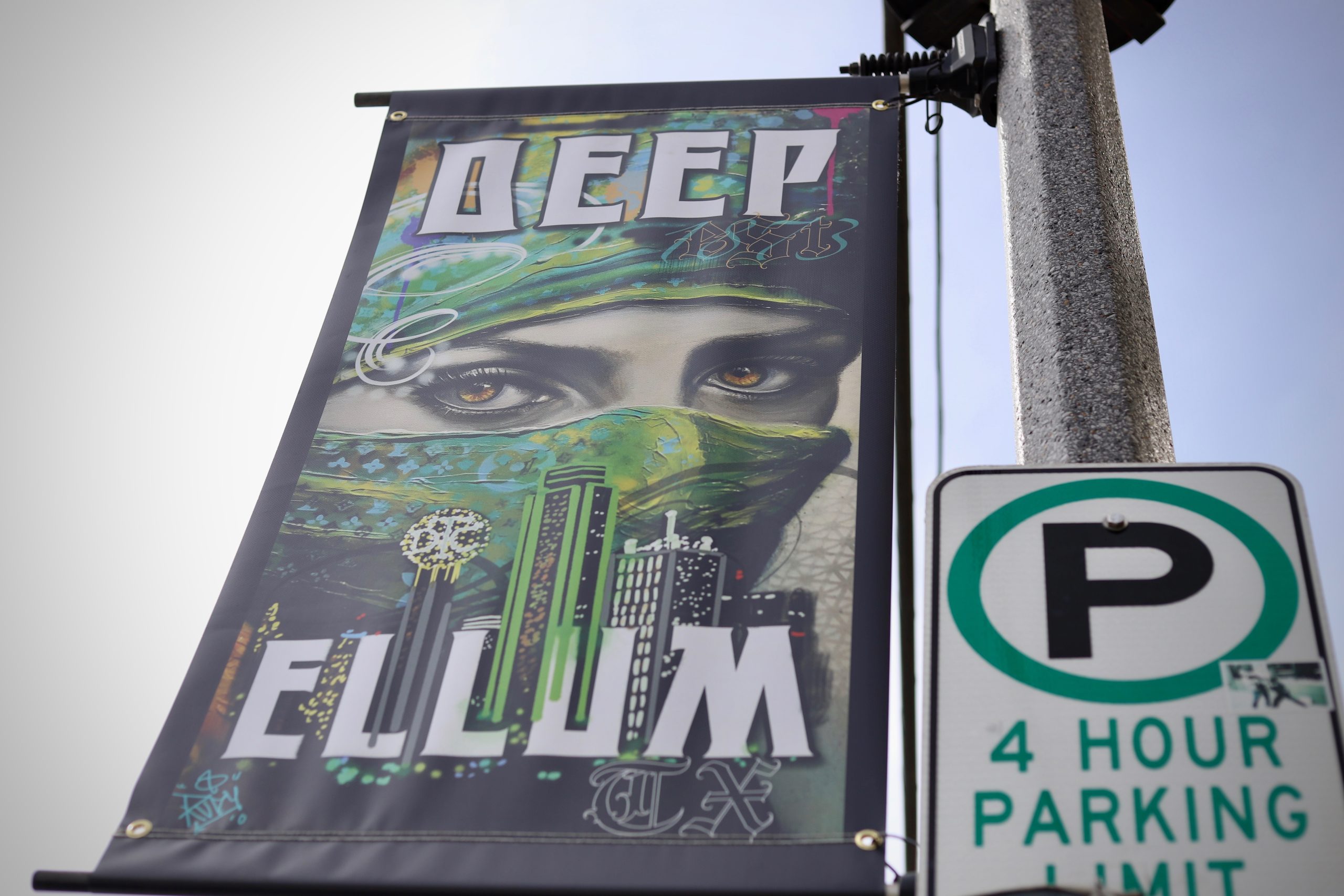 Rudy Hetzer – Dallas Tattoo and Arts Company
Hetzer’s featured piece is from his “Veiled” series of paintings and was created with mixed media. In addition to tattooing, he is a muralist and painter. You can see his work in magazines like International Tattoo, Inked magazine, tattoo magazine and Texas Inked Magazine. Dallas Observer named him best tattoo artist in 2019. 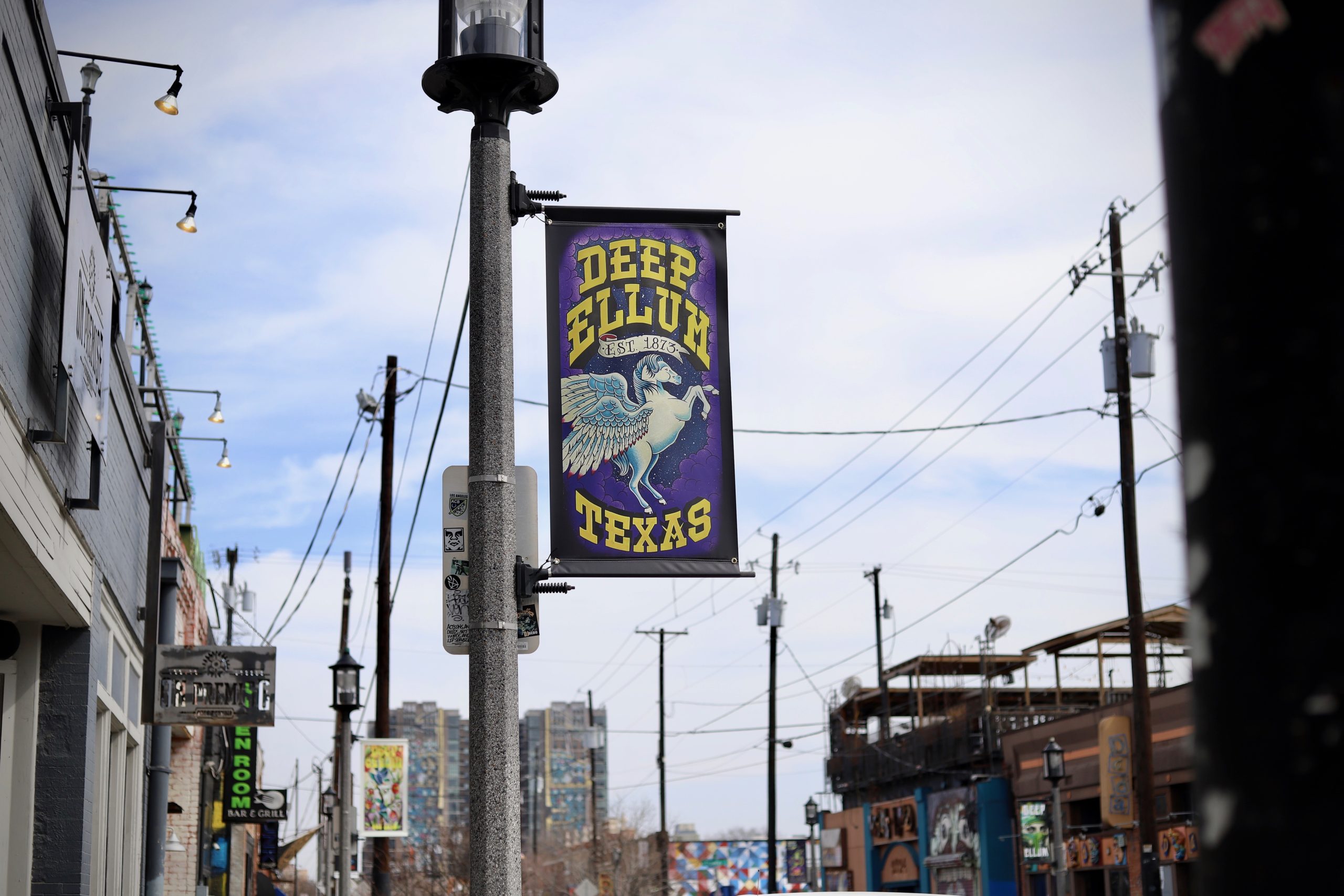 Kendall Kirkland — Taboo Tattoo
The pegasus was designed by this high school graduate Booker T. Washington. Kirkland has been tattooing with the studio for five years. 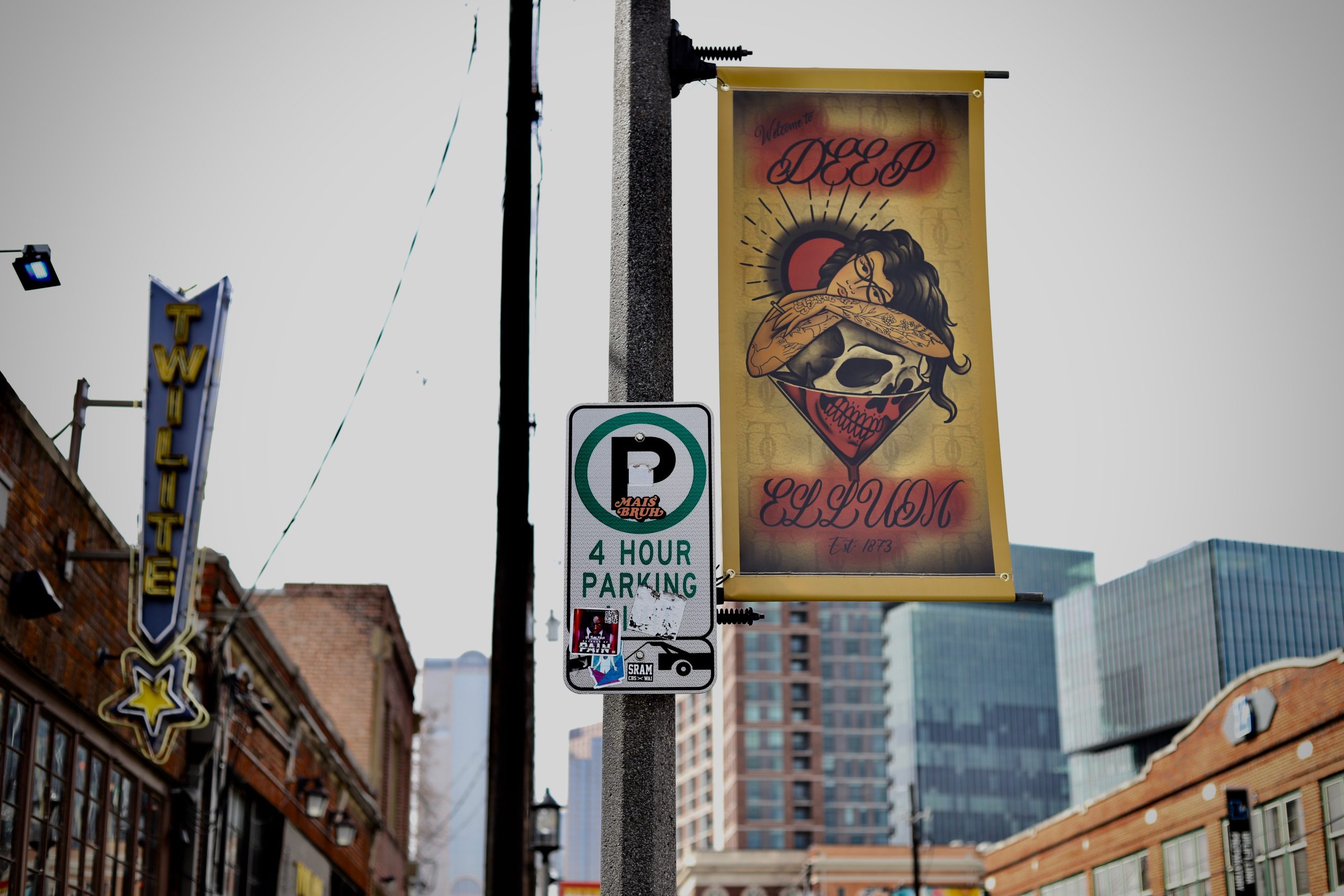 Damian Reign — Dallas Tattoo and Arts Company
Inspired by the neighborhood’s nightlife culture, Reign’s design highlights Deep Ellum’s boozier side. He specializes in combining new school and old school styles for a neo-traditional look and his studio has been awarded the Best Tattoo Studio in Dallas for the past seven years by the Dallas Awards Program.

All photos by Frances Tingle.