This story includes a speculative rendering of a Nissan GT-R R36, created by Roman Miah and Avante Design which is not related to or endorsed by Nissan.

Nissan has officially confirmed that the GT-R will get a new – and likely electrified – generation, but putting Italdesign’s limited-production GT-R50 aside, we have no idea what it will look like. Freelance designer Roman Miah, in collaboration with 3D concept artist Avante Design, has created a digital version of the new R36 GT-R, combining elements from the legendary R34 and the outgoing R35.

The current GT-R has been around for 15 years and despite the many updates over its life cycle, it’s time for a new generation. Instead of adopting a futuristic vision similar to the 2020 Nissan Concept Vision GT from 2014, Roman was inspired by the Skyline GT-R R34 (1999-2002). It’s no secret that people love R34s, as evidenced by the rising prices of pristine examples on the used-car market, so borrowing a few styling cues from this model doesn’t seem like a bad idea. 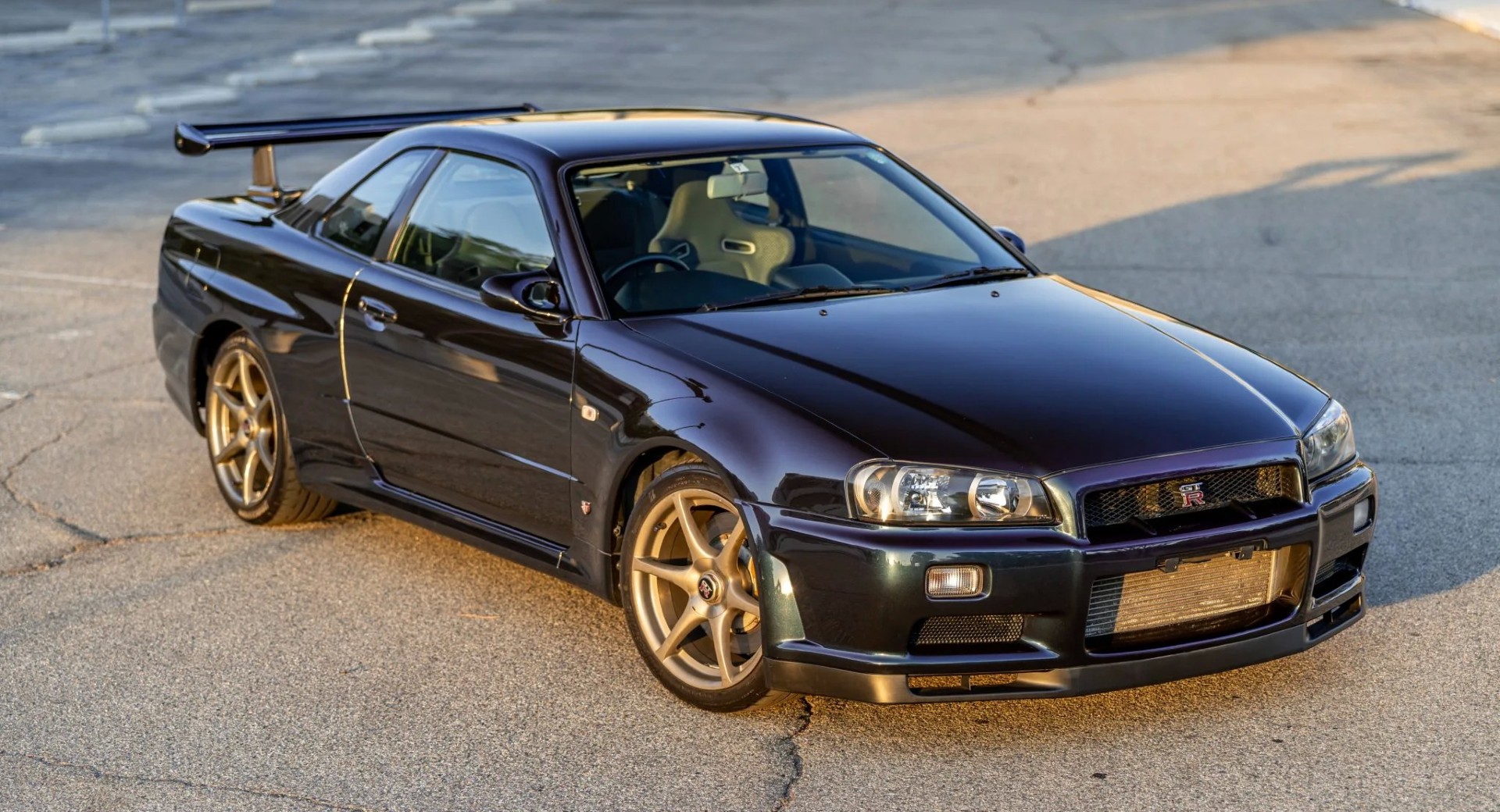 As described by Romain Miah, its goal was to “recapture the design cues and unmistakable Japanese style of the iconic Skylines of the past, while envisioning the future of the GT-R”. According to the creator, the project included “a few hundred hours of design, development and 3D modeling” in six months, in collaboration with Advanced Design.

The front of the concept looks like a modernized version of the face of the R34, with a more “enveloping” look and improved proportions. The square headlights feature more modern LED graphics, the bumper has larger air intakes and a pronounced splitter reminiscent of the tuned GT-Rs of the past, while the bonnet has a large vent helping with aerodynamics. 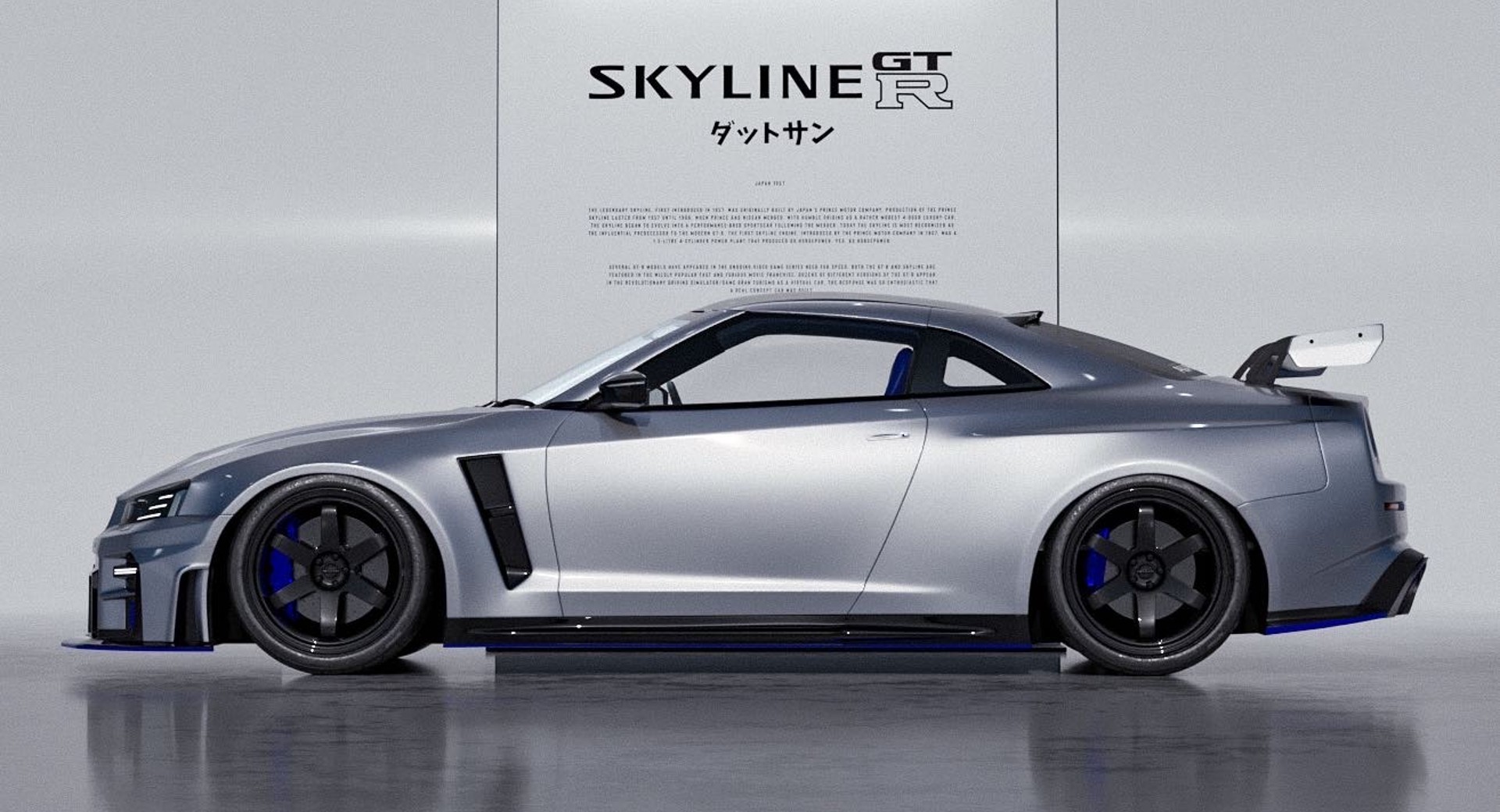 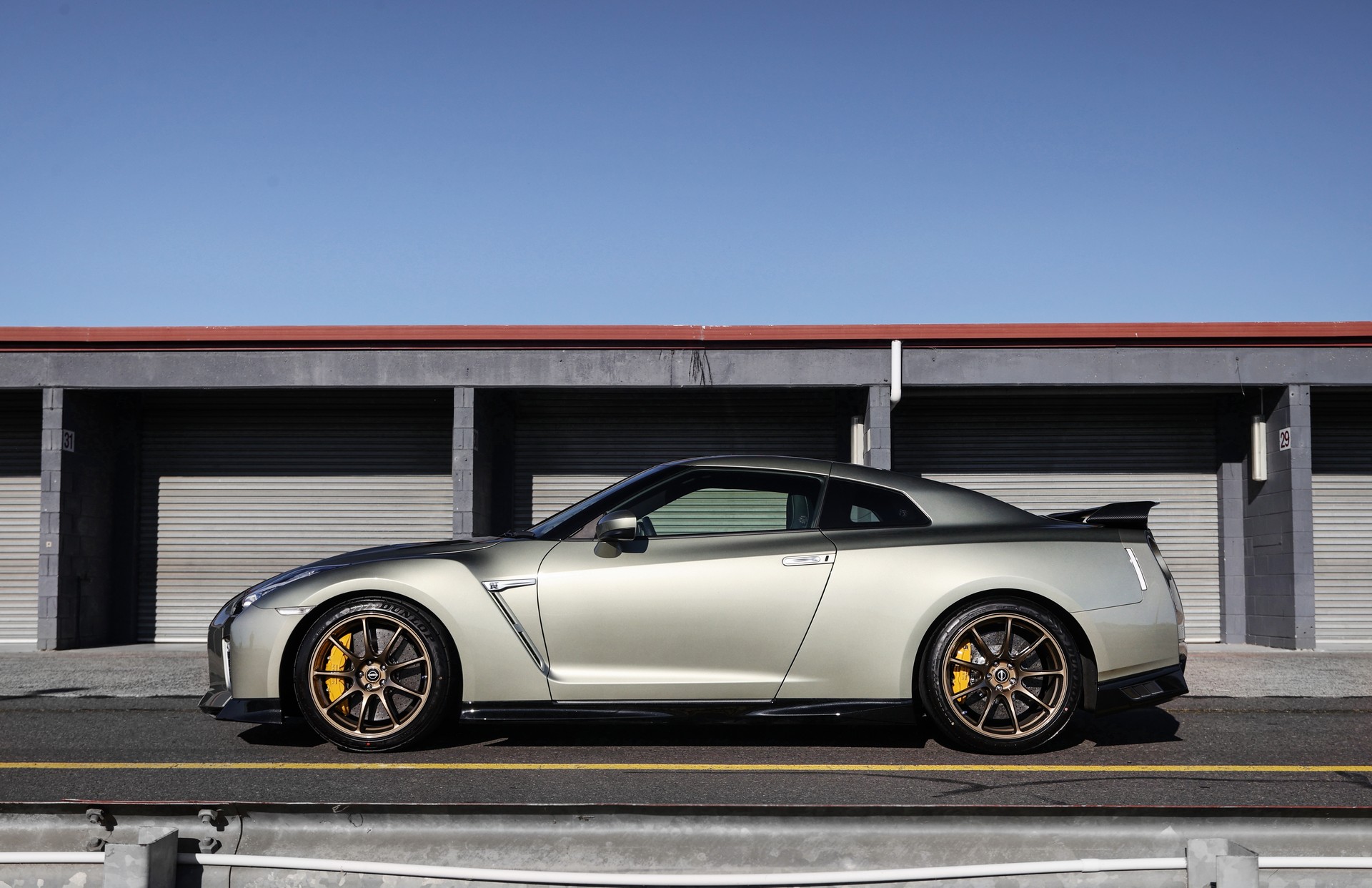 The profile is much closer to the outgoing R35, with a very similar greenhouse and familiar dynamic lines. It brings an R34 flavor with the square rear fenders, but overall it looks like it could be based on a slightly modified version of the current chassis. The six-spoke Ray TE37 alloy wheels are finished in black, matching the carbon fiber parts all around the body and contrasting with the silver hue.

Blue accents on the splitter, air intakes, brake calipers, side sills and diffuser add a colorful touch to the renders. The tail is probably the cleanest and most successful part of the design. The shape, size and positioning of the dual round LED taillights are somewhat reminiscent of the even older R33 generation, although the turbine-style LED graphics are closer to the R34 and R35. The bumper features a large diffuser with twin tailpipes and an F1-style brake light. The gooseneck rear spoiler has aftermarket styling, with an additional roof spoiler above the rear windshield. Finally, the roof appears to be carbon fiber and has a double-bubble design. 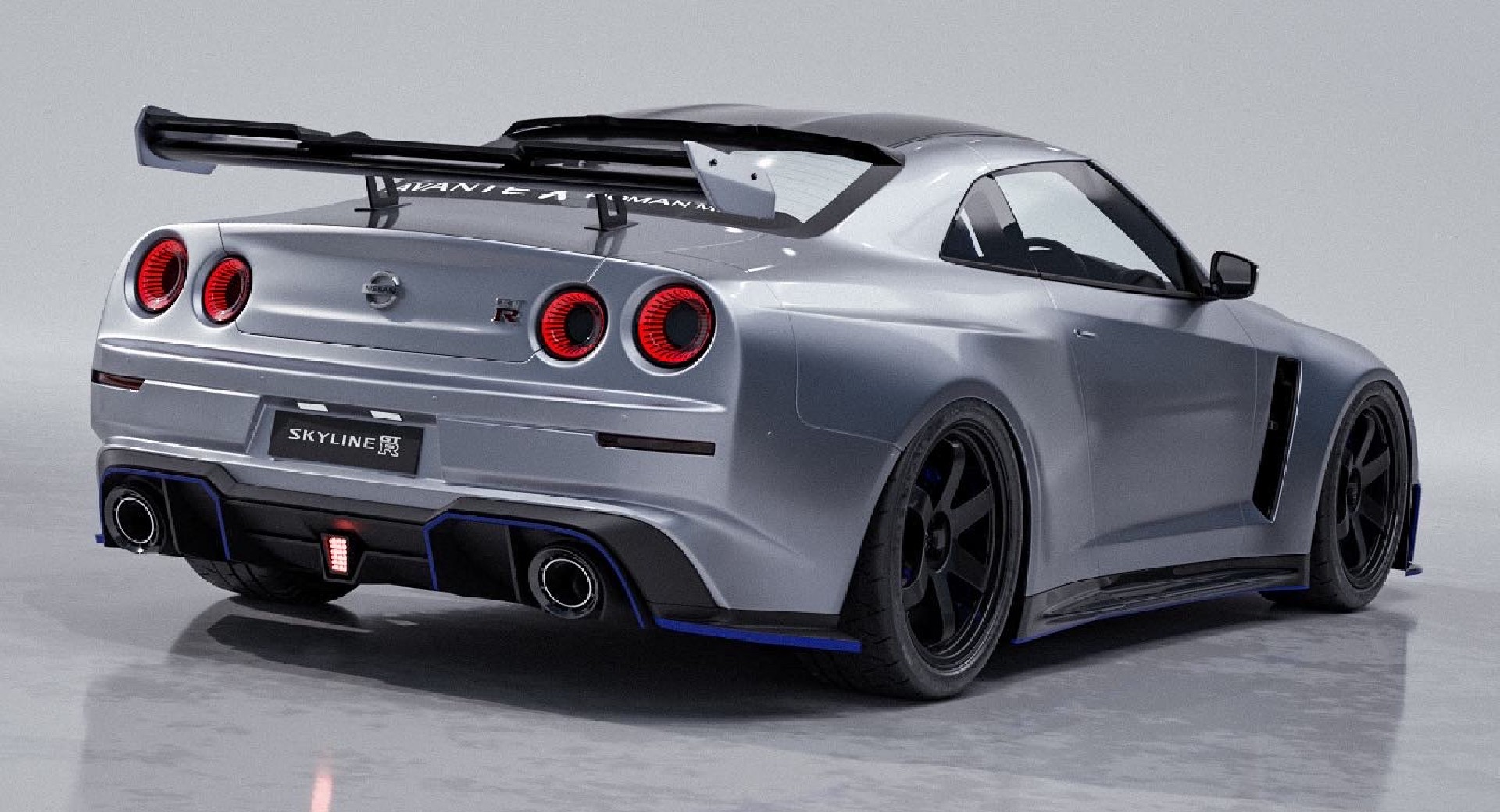 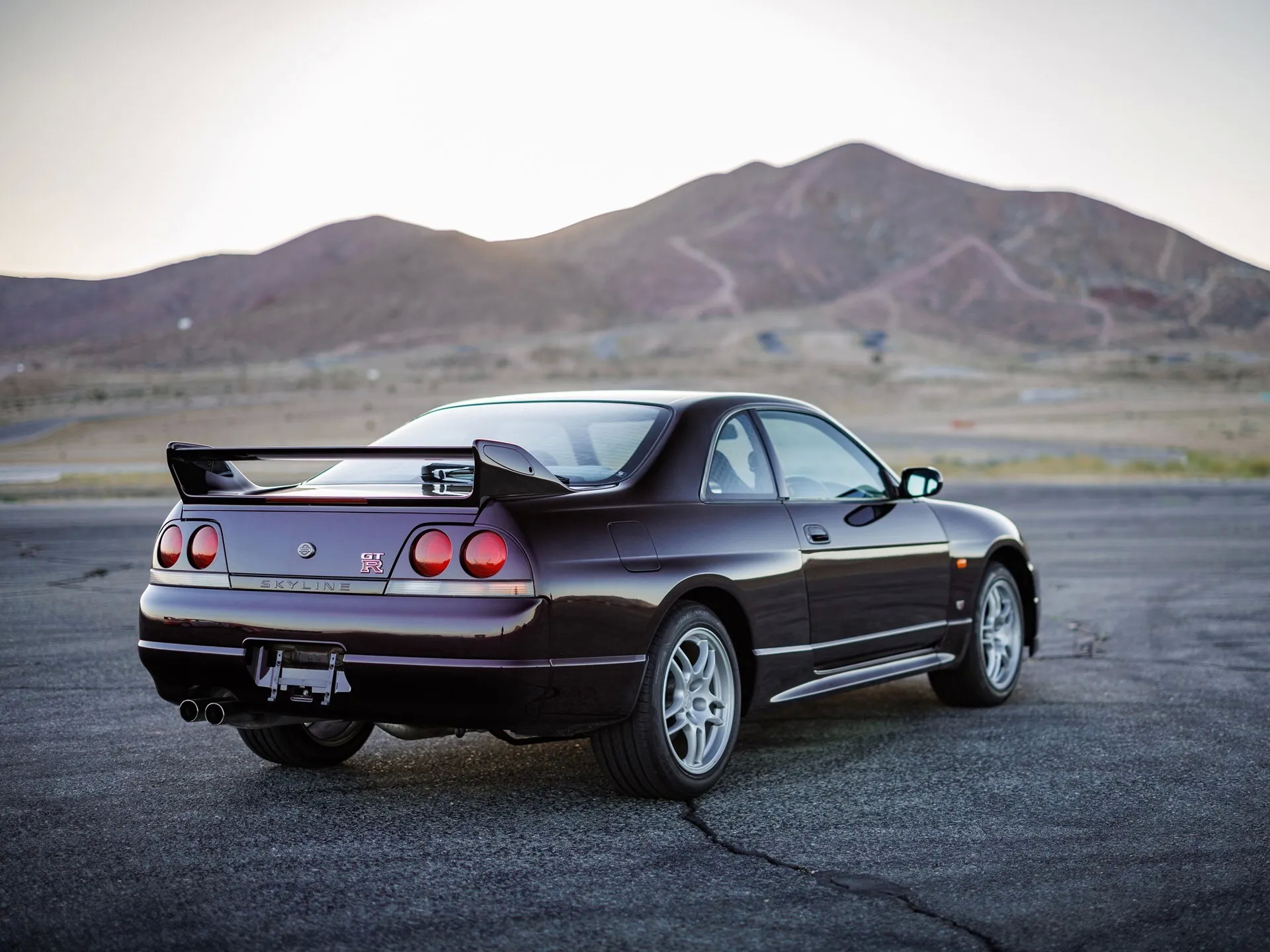 We don’t have any interior photos, but we can see two blue-painted bucket seats with R badging and a right-hand-drive setup. There’s also room in the back for a 2+2 cabin layout, although as in the R35 we wouldn’t want to sit in the back.

The project was limited to the stylistic aspect of the GT-R, so it does not include details on the technical aspect. Electrification seems inevitable for the next generation of the Godzilla which could swap the V6 for a cleaner hybrid powertrain while retaining all-wheel-drive capability. The electric motors would certainly boost the power of the sports car, bringing it closer to the supercar killer status the current generation had when it premiered in 2007.

Do you like the restomod-style design approach of this indie project or do you prefer something more modern with fewer references to the past? Let us know in the comments section below.