One of the most contemporary and adept young models in the fashion industry today, Bella Hadid was chosen “Model of the Year” at Model.com’s Model of the Year Awards in 2016. At an early age, Hadid Flynn began her modeling career with a commercial job from Skye. In the future, she worked as a model for famous fashion brands, including Chanel, Balmain, Diane von Fürstenberg and Tommy Hilfiger. She not only launched her clothing brand, Robert Riley’s, but also appeared on the cover of publications such as ‘Seventeen’, ‘Elle’, ‘Teen Vogue’ and ‘Vogue Australia’. With millions of followers on Instagram and nearly 1.5 million followers on Twitter, she is also very active on social media. Check out some of Bella Hadid’s craziest designer outfits below.

In the star-studded Balenciaga show, Bella Hadid made her Paris Haute Couture Fashion Week debut for the A/W 2022 season. And what did she wear to celebrate? The model wore yet another jaw-dropping haute couture outfit to the brand’s after-show dinner, this time a black and white polka dot jumpsuit with a dramatic off-the-shoulder neckline. At its best, classic chic. 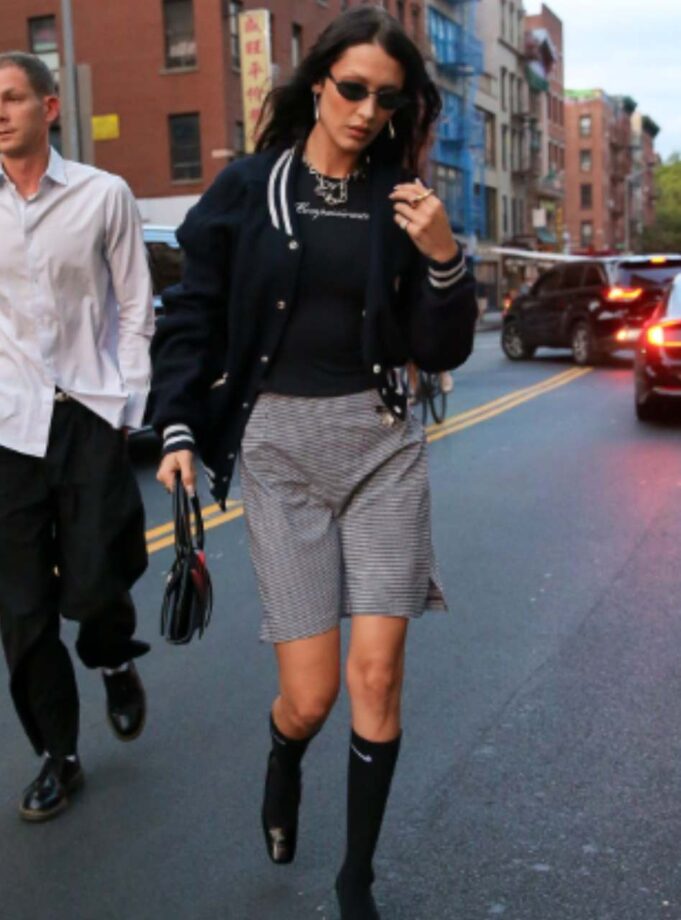 At the 2021 Cannes Film Festival premiere of Tre Piani (Three Floors), Bella Hadid stunned in a stunning gown from Daniel Roseberry’s Schiaparelli Haute Couture Fall/Winter 2021/22 collection. The figure-hugging wool dress had a low-cut, cut-out neckline that went below Hadid’s breasts. Sequin, a golden brass necklace in the shape of a bronchial tunnel of the lungs covered Hadid’s breasts. In May 2018, Hadid showed up to a Tag Heuer event while wearing a white halter neck dress and matching stilettos. While in New York, supermodel Bella Hadid looks like she stepped out of a 1990s music video. For summer on the town, the brunette wore a two-tone Stussy tracksuit with a white bralette, exposed underwear, white sneakers and a small handbag. (28) 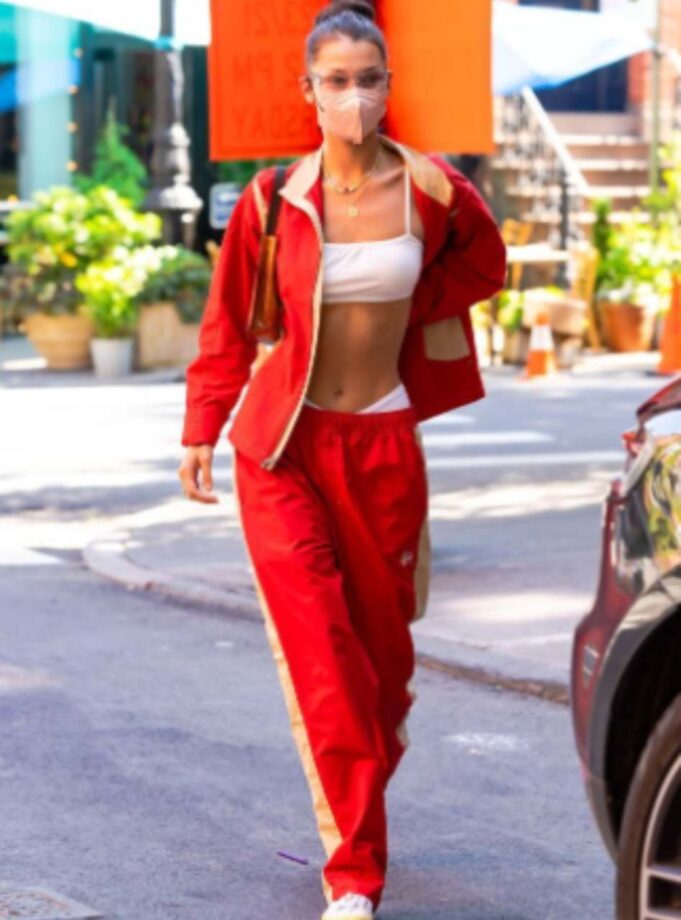